Good Hope Foundation for Rural Development in its work engages both the religious and cultural leaders as stakeholders in promoting human rights. On 19th-22nd Janaury 2016, Good Hope Foundation together with other RWECO members participated in the Kingdom annual event “Embale Ya Nyabaghole " which is a platform through which the Queen mother of Obusinga Bwe Rwenzururu come closer to the youths, children and parents to advise and create awareness to the young people on how to handle themselves in the community and how they can participate in developing the kingdom especially through embracing Education and stopping bad behaviors that can put them into trouble. The event was held in Nsenyi, Kisinga Sub County and it was officiated by the Queen Mother. The event was attended by the officials from the Cultural institution, local leaders and religious leaders, young girls and youths.
During the event, Good Hope Foundation together with other RWECO members trained over 110 young girls on re-usable sanitary pads with the main of empowering school girls through the provision of skills on re-usable sanitary pads, capacity building on menstrual hygiene, Management and reproductive health education for improved performance and self esteem.
The queen mother called upon the young girls and youths to demonstrate good behaviors in their families, community and at schools for them to succeed in life. 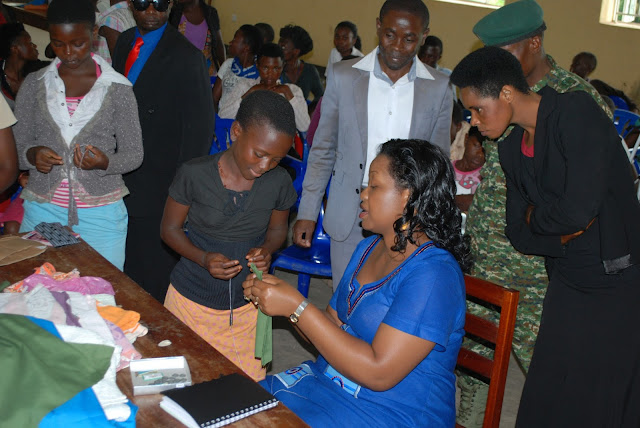 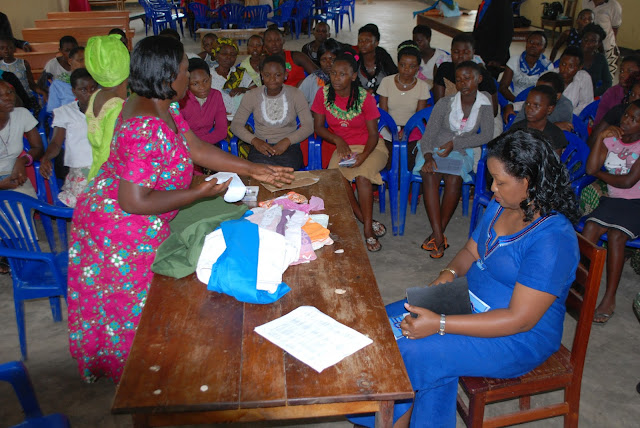 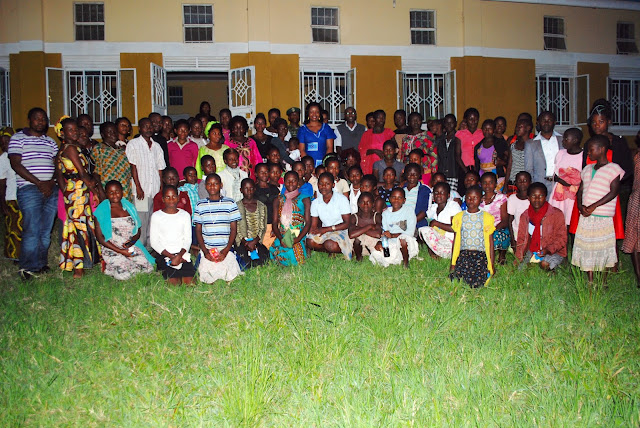 
On Thursday 7th January 2016 was another memorable moment when Good Hope Foundation Staff together with the rest of RWECO members had a meeting with the queen mother (Nyabahole) of Rwenzururu Kingdom at the royal palace to share and discuss how they can work together in preventing violence against children in Kasese district. This was part of the preparations for the big annual event called Embale Ya Nyabahole that is organized by the queen mother (Nyabahole) as a platform to bring people especially the youths and girls together to discuss issues that can bring about development in the kingdom.
The meeting was organized to share and identify some areas where Good Hope Foundation and other RWECO members can come in to support the event planned to take place from 19th -22nd January 2016. Good Hope Foundation and other RWECO members will mainly  train the young girls in re-usable sanitary pads which they believe will help the young girls to access and utilize sanitary pads to eliminate challenges they go through during their menstrual periods such as missing of classes, dropping out of school etc because of failure to access the pads.
About the Embale ya Nyabahole, the Queen mother said it’s an event that bring the youth and the young girls together to understand and discuss issues that can bring about development in the Kingdom. She said they use this as platform to advise and create awareness to the young people on how to handle themselves in the community and how they can participate in developing the Kingdom especially through embracing Education and stopping bad behaviors that can put them into trouble. She added that Embale ya Nyanyabahole is a period of happiness where the Queen Mother (Nyabahole) comes closer to the young people and parents.
She thanked Good Hope Foundation and other RWECO members for coming up with such initiative of helping children and building peace in the kingdom as well as for thinking of working with the institution to bring about development in the district.
She promised to cooperate with all the RWECO members through the Nyabaghole Foundation to end violence against children in the Kingdom. 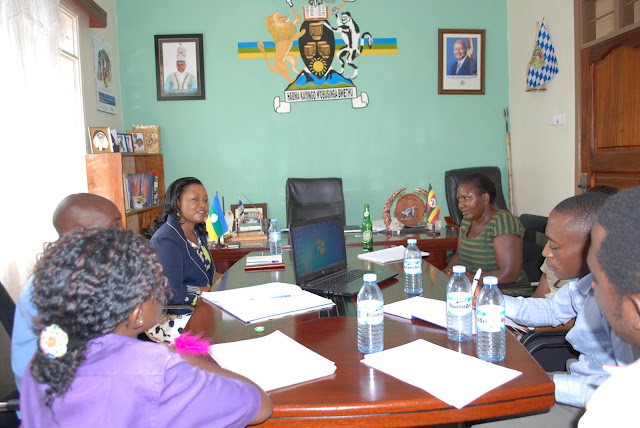 The queen mother sharing her experience with the Good Hope Foundation staff and RWECO members. 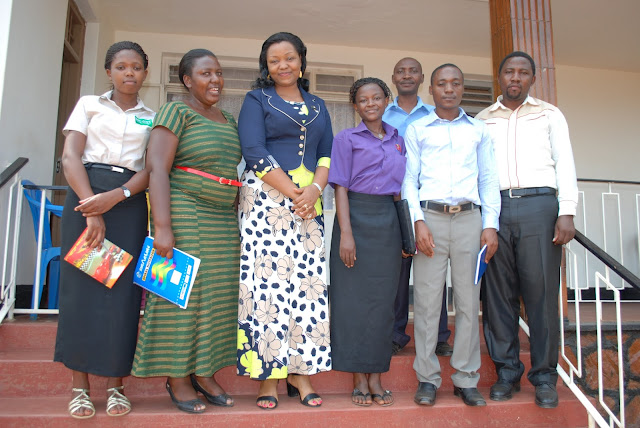 Group photo after RWECO consortium meeting the queen mother at the royal place
Posted by Unknown at 04:07 No comments: