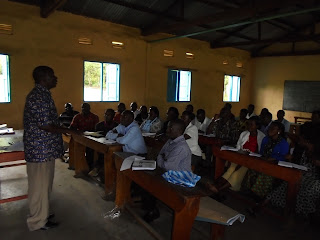 
Good Hope Foundation organized sub county dialogue meetings in the two sub  counties of Kisinga and Karusandara which were attended by over 90 people including; the sub-county technical teams, sub county leadership, religious leaders, teachers and opinion leaders, representatives from the women and youth community based organizations, cultural leaders to dialogue on the findings from the baseline survey and on the issues raised by the community members and the children that increase violence against children and adolescents.
The issues that were discussed include; Children are being subjected to corporal punishments by parents and teachers inform of hard labor, high cases of early marriages and defilement in the sub county, the increased cases of women going to bars with their children, Denial of food to children at home and at school, high cases of alcoholism among the children in the sub county.
During the dialogue, pupils from Karusandara SDA primary school presented a petition to the sub-county LC111 which was on the unfair operation of Mendela’s bar, the petition was undersigned by over 100 pupils. Key issues in the petition included; selling of alcohol to children, the bar employs children and it operates 24hrs.
According to the petitioners, the above has resulted into; defilement, early marriages, school dropout, theft among children, beating and denial of basic needs by parents because of children’s bad behaviors.
Students from Kisinga Voc Sec Sch presented a petition on the failure of parents to provide food for their children in Schools and in homes. The failure to provide food by parents to children in schools has resulted into the following; poor performance in class, diseases such as kwashiorkor, ulcers, increase in school dropouts, increase in thefty among children, increase in early marriages as well child labor. The petition was undersigned by over 70 pupils of Kisinga Voc Sec Sch who recommended the sub county to involve and adopt a bye-law on food and nutrition, behavior change communication on nutrition by different stakeholders or development partners and then triggering behaviors towards food production in homes.
REACTIONS AND ACTIONS FROM THE PARTICIPANTS
Reactions to the presentations
According to the LC1 chairperson of Kevengye village where the bar is located, he communicated to the members in the house that it is true the bar has been a threat to all pupils and students not necessarily those from Karusandara SDA primary school only.
Members agreed to the submission of the children and they attributed the vice to the women who go with their children in these bars and then the laxity in the implementation of bye-laws that were passed by the sub county on alcoholism.
The chairperson LC111 said it is unfortunate that, the sub county leadership has never got any complaint about the operation of these bars, it is the first time to receive such a petition even when it has been a serious threat to the lives of our children.
It was mentioned by the members that every Wednesday and Sunday women from Karusandara do not sleep in their homes as they sleep in the markets leaving men alone with the children and this is increasing incest in the sub county.
They added that it’s unfortunate that most of the mothers from Karusandara Sub County save for alcohol not for family development.
Actions from the dialogue,
The sub county leadership pledged to summon the owner of Mendala’s bar to write a statement before the end of April.
The sub county leadership after the swearing in of new elected leaders in the month of May will call for a meeting for the entire bar operators in the sub-county to remind them about the bye-laws as well as making them to commit themselves to bide to the bye-laws.
The police to strengthen its community policing programs to increase on peoples understanding about the different laws as well as bringing about law and order in the community.
Religious leaders, teachers and the elders to be involved in mobilizing community members towards preventing violence against children and adolescents especially instilling good parenting skills as well as popularizing the bye-laws of the sub-county.
The coming council to pass a motion on increasing taxes on bars to limit children from accessing alcohol.
Religious leaders present pledged to commit one Sunday in a month to pass information about good parenting skills and Violence against Children.
Involving boda-boda riders in the prevention of violence against children.
The sub county leadership pledged to pass a bye –law on food and nutrition.
Laws and bye laws should be put in place to protect the environment 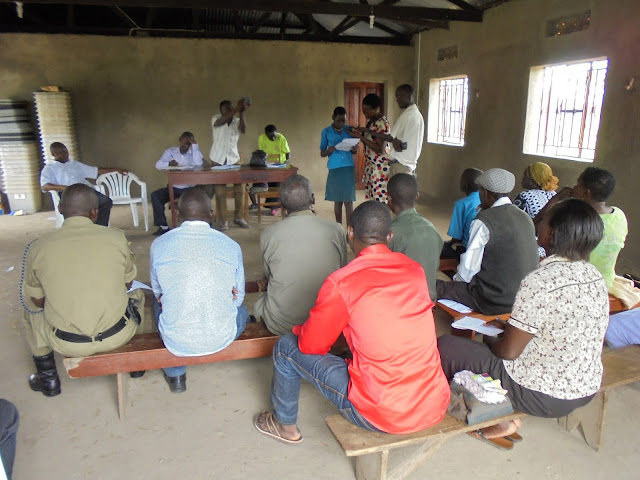 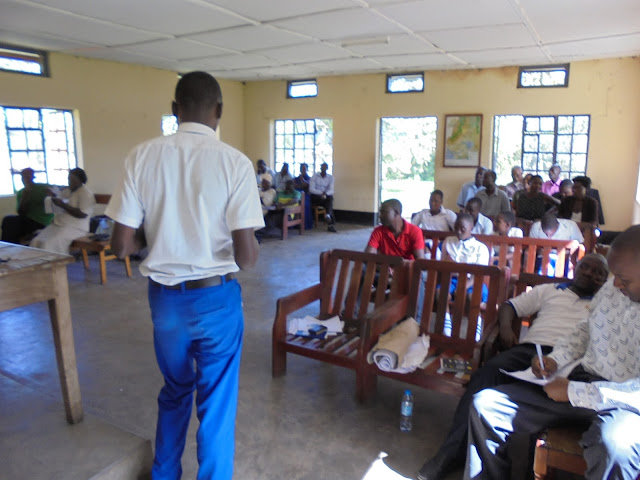 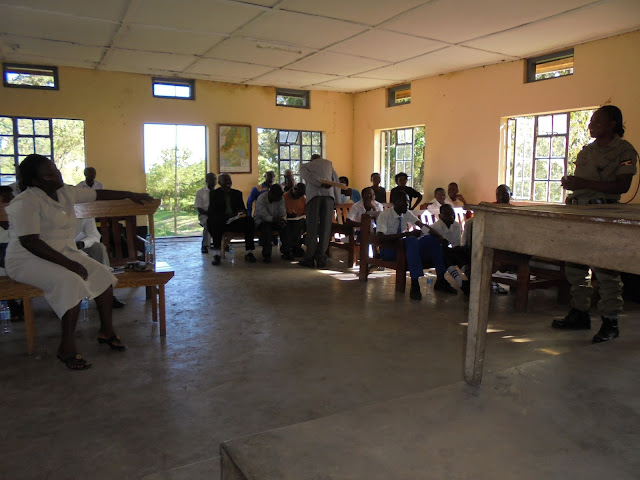 
In an attempt to strengthen the skills of women’s groups to be able to engage in economic activities as a way of increasing their participation in prevention of violence against children and adolescents,  Good hope Foundation carried out capacity assessment of women groups in the two sub-counties of Kisinga and Karusandara to identify the capacity gaps.The groups assessed included; St. Lucy women group from Kisinga and Karusandara HIV/AIDs United group from Karusandara sub county.
Key activities carried out by these groups include; savings and credit, kitchen gardening, animal rearing (piggery and goat keeping), domestic violence prevention as well as drama shows conducted by St. Lucy Women group from Kisinga while, Savings and credit, drama shows, hygiene and sanitation and kitchen gardening is being carried out by Karusandara HIV/AIDS United group. From the assessment, among the gaps identified by the group members included; improper management of income generating projects of the group especially piggery project by St. Lucy women group and Savings and credit scheme by Karusandara HIV/AIDS United group as well as parenting skills and children’s laws.


Three skill training workshops for two women groups in Kisinga and Karusandara sub counties were conducted by Good Hope Foundation which focused on management of income generating projects especially savings and credit as well as piggery projects in order to enhance member’s knowledge on how to use VSLA and piggery as a business to improve household incomes thereby contributing to the prevention of violence against children and adolescents. 28 members; 23 women 5 men from St. Lucy women group from in Kisinga Sub County were trained on piggery management and the training focused on four areas which include;

While Karusandara HIV/AIDS United group, 33 members; 26 women and 7 men were trained on management of village savings and loan associations.The training centered on; register book, social welfare fund ledger, savings ledger, loan ledger and the cash book as well as on sharing out.


61 members; 49 women and 12 men from the two groups were again trained on parenting skills, children’s laws as well as on how to make re-usable sanitary pads to improve access to sanitary pads thereby reducing the risks to violence against children which is result of failure to access sanitary pads by young girls. 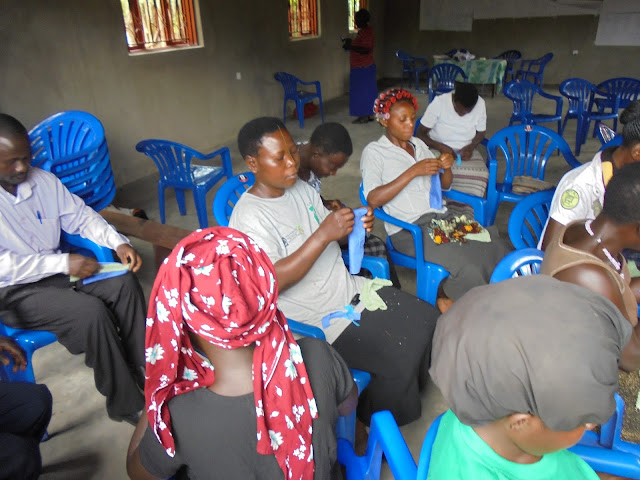 
In an attempt to strengthen capacities of children and adolescents in schools to mitigate violence against children and adolescents,  Good hope Foundation is working with child rights advocacy clubs in the four schools that is; Kisinga Vocation S.S, Kiburara primary school, Kenyange Muslim primary school, and Karusandara SDA primary school  in Kisinga and Karusandara sub counties.
We organized familiation meetings with the school administration to identify and form child rights clubs and this was followed by the capacity building sessions for these clubs to share and discuss issues related to the concept of violence against children and how they can participate in preventing the vice especially through debates, MDDs and girl education movement (GEM) as approaches of empowering children with skills of preventing violence against children.
Three debate compitation were organized in the two sub counties of our operation between Karusandara SDA and Kenyange Muslim, Kiburara interclass compitation and Kisinga Vocation secondary school interclass compitation debating about ; ”Violence against children is on the increase, who are responsible and what can be done to prevent it”.
Accordingly; teachers, parents, children, church leaders, government and community members such as Boda boda men, business people were highly mention as those responsible for violence against children citing the cases of denial of basic needs by the parents, corruption, failure to provide social services, cooporal purnishments by both teachers and parents, disrespect by the children, rape ,difelemnt by the Boda boda men and the business people. 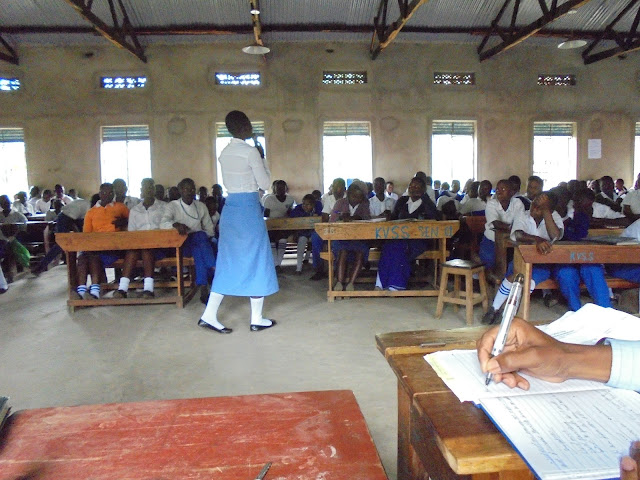 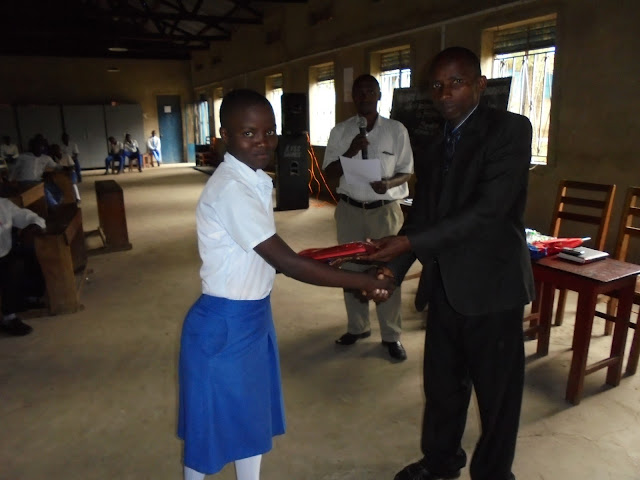 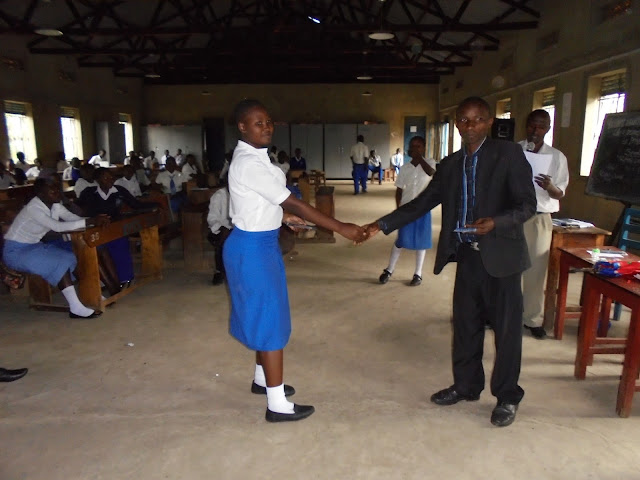 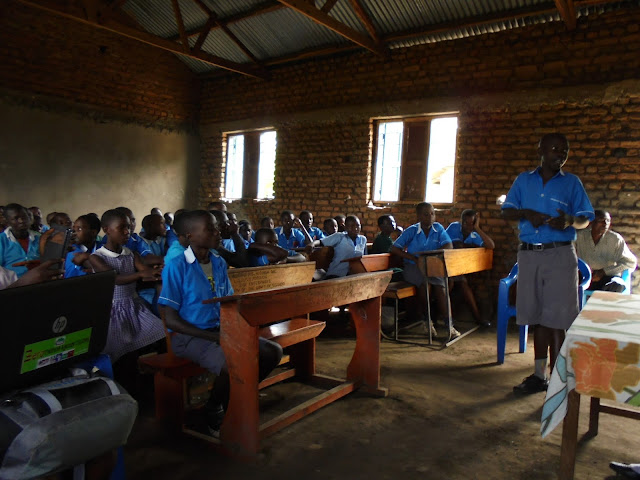 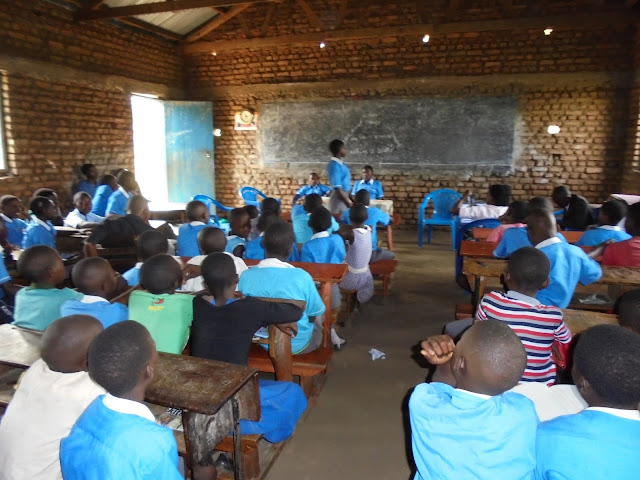 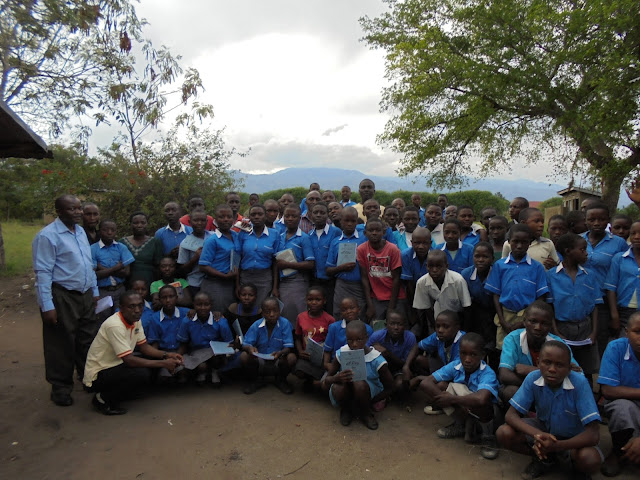 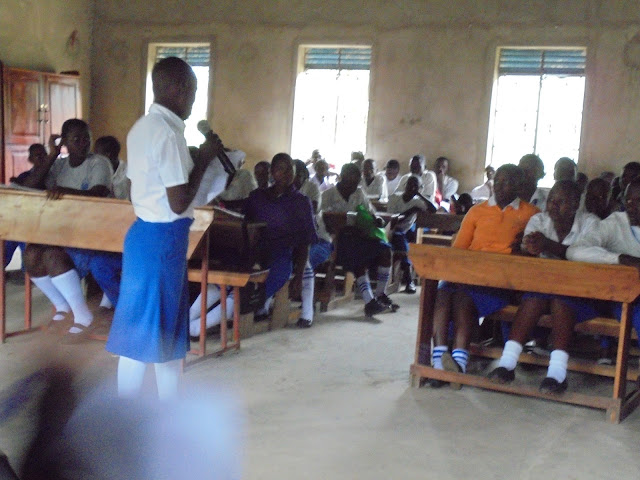 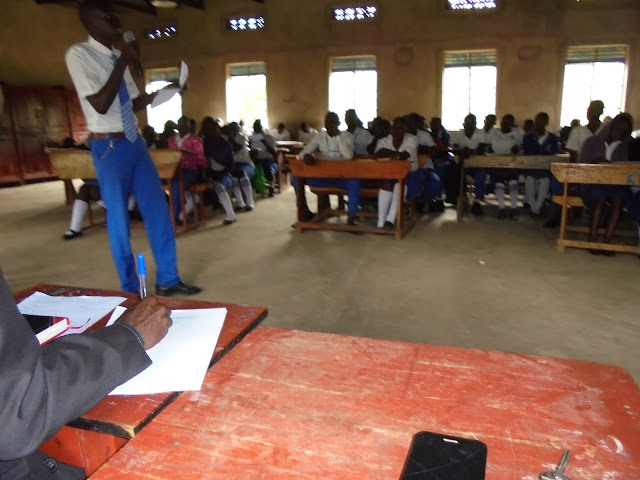 Among the remedies mentioned included;

Capacity of 120 club members has been built to prevent violence against children and adolescents.

Three debates were successfully organized with attendance of  over 300 children and adolescents.