THE DAY OF THE AFRICAN CHILD COMMEMORATION 2017


Good Hope Foundation for Rural Development with other members of Rwenzori consortium for civic competence (RWECO) joined other child rights organizations to commemorate the day of the African child that is always held on 16th June of every year by member states of the African union (AU) and her partners.
The Rwenzori region celebration were held in Kabarole District at Kitarasa P/School with SAVE THE CHILDREN as the lead organization in partnership with Kabarole District local government and other child rights NGOs working in the  seven districts of Rwenzori region. The theme for this years’ commemoration was “Accelerating protection, empowerment and equal opportunities for children in Africa by 2030”
The day of African Child (DAC) is a commemoration of the 1976 uprising in Soweto, when a protest by school children in South Africa against the apartheid inspired education system resulted into public killing of the unarmed young protestors by police officials. The DAC further presents an opportunity to take stalk of the efforts of all actors committed to the rights of children on the continent. It provides an occasion for Governments, institutions both local and international communities to renew their ongoing commitment towards improving the plight of vulnerable children.
The report presented by the Rwenzori regional manager Save the Children highlighted the genesis of the Day of African Child, African charter on the Rights and Welfare of the African Child (African Children’s Children charter) The regional Manager’s report indicated how save the children International had launched a Global Campaign called “Every Last Child” On 1st June Save the children International launched the stolen childhood report.

According to the report, Uganda ranks 132 out the 172 countries. The data which has been compiled from reputable sources shows significant trends in adolescent birth rate (109 birth per 1000 girls aged 15-19)We all appreciate the implication of over 10% of every 1000 births being more or less under 18.55 of 1000 live births die and 20 of every 100 children enrolled in school dropout. To days commemoration comes to remind all of us on the role we have to do to reverse the situation and move Uganda from the position we are in to a better one.
The report of SC regional manager had different messages for different age groups,
To the children present, he said as we commemorate this day, let us remember that globally, over 142 million girls will be married before their 18th birth day over the next 10years and Uganda is among the top on the list.
To the elders and community members, many girls are suffering today because of child marriage and more will suffer if we remain silent. This is why I say; now it is time to speak up. Today we call upon leaders to develop and enforce policies and provisions of the Children’s Act to promote equality of opportunities for all children. We call upon both country and national governments to develop programmes that will protect children and ensure free compulsory education for every child in the country’
According to the Chairman LCV Kabarole District Mr:Richard Rwabuhinga who was the Guest of Honour ,domestic violence or conflicts within the family environment affects the well being of children. It leads to early marriages for the girl child; other affected children end up on the streets of urban areas.
The situation is almost the same in all districts with in the Rwenzori region much as other district probation officers could not provide statistics about the situation in their respective districts.
All conflicts both domestic and outside the home psychologically affect the children negatively. 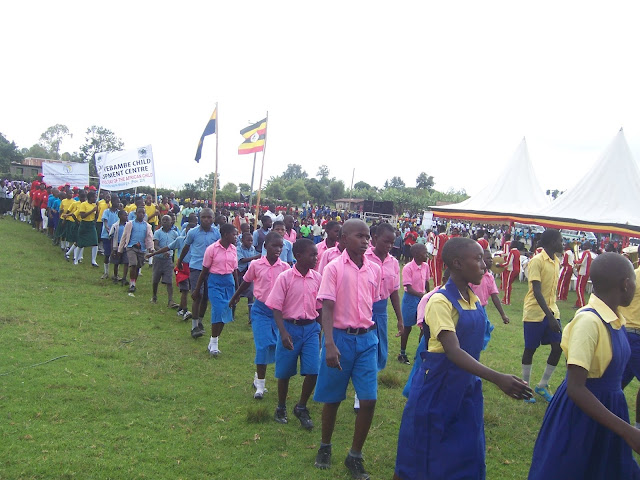 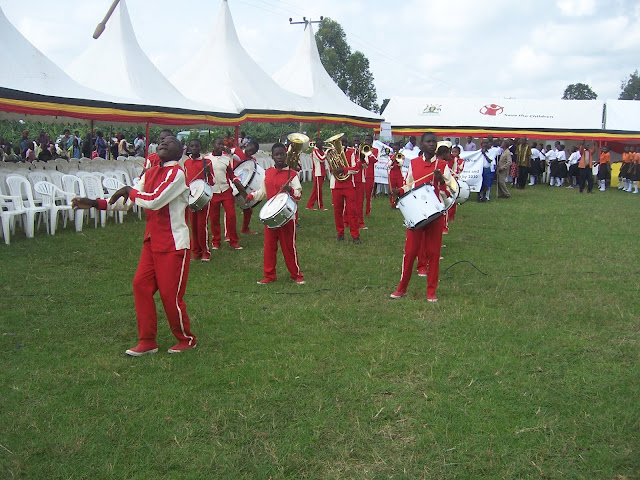 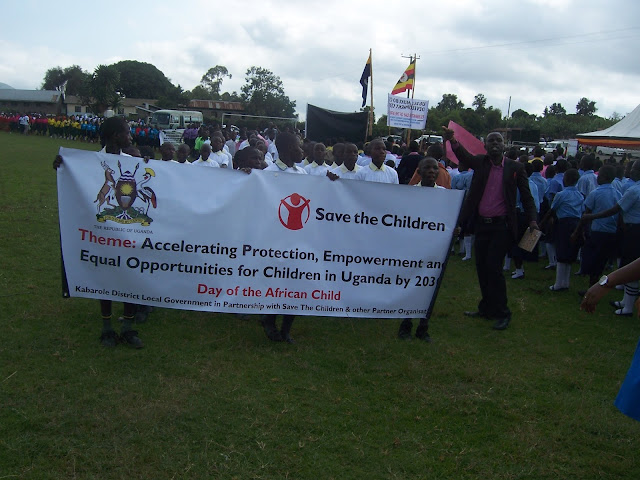 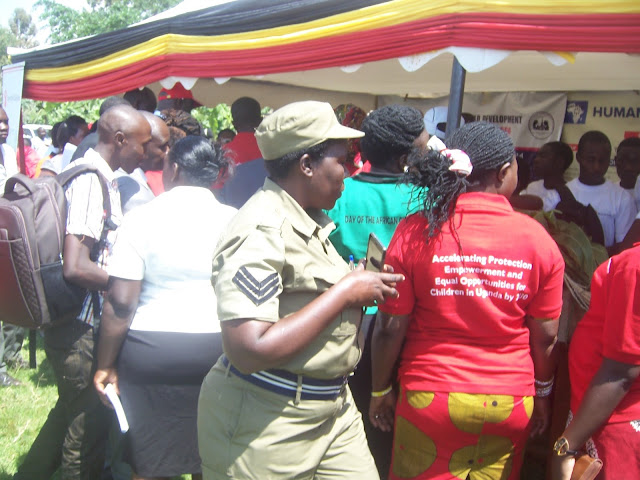 Invited guests inspecting the stalls that were being exhibited 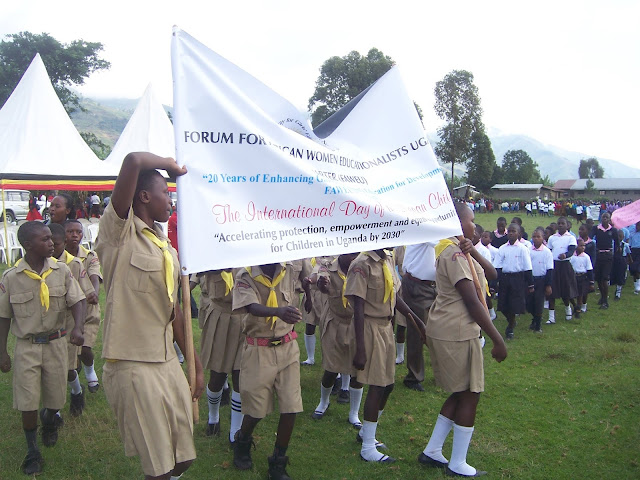