Buhuhira sub county has come to be known as a sub county associated with different kinds of violence ranging from parental, family more especially associated with early marriages , community inform of mob justice  and political violence however as these conflicts occur its children that are more affected. The youth are a very important factor in preventing violence as they stand the chance of being used as elements for violence, hooliganism and conflict-making. They should be empowered and motivated to be change agents in our environment. They have the strength, mental alertness, speed, ideas and information necessary to create positive change.
Good hope foundation organized a youth camp in buhuhira Sub County in Minana village specifically to engage the youth in the prevention of violence against children and adolescents. The camp focused on dialoging on the mechanisms of preventing violence against children in Buhihira sub county by empowering the youth to become change agents in preventing violence against children and adolescents. Over 1000 people attended the event and among those who attended included the prime minister for Obusinga Bwa Rwenzururu who was the chief guest, the sub county leadership that is the C/P LC 111, CDO, district councilor, parish councilors, CFPU, religious leaders, local leaders, members from the OBR and those from the Nyabaghole foundation for development as well as the general community members. Several events were organized during the function including radio talk shows, football and netball for peace as well as traditional drama performances. According to the CDO Buhuhira sub county Mr. Wilson Lhuwabo he said to the prime Minister OBR that the most challenges affecting the sub county includes the early marriages that has led to increase in young mothers, school dropout, child labor as well as alcoholism especially among men. He talked of Kithoma market which is always there on Wednesday which he said its making many children not to go schools as some follow their parents to the market and others to do pity businesses. He informed the public that OBR rests on children’s education which members should embrace for the development of the community. He therefore called upon the community that everyone should do his responsibilities towards the prevention of violence against children in order to boost education in the sub county.
Through the local artist also passed messages condemning early marriages, defilement and also emphasizing on educating children in order to prepare families for good future. In his songs he also emphasized the community members on women’s evolvement in economic development which enhances family income.
The community was then educated on children’s rights mainly through training them on children’s Act stipulating the roles and responsibilities each stakeholders, the employment Act that condemns child labor and also the domestic violence Act which the public was ignorant of.
According to the chair man LC111 while commenting on the recent violence in the sub county during the election period, he attributed them to domestic violence which he said it has left 46 children as orphans after their parents being arrested because of the violence. He therefore said in any violence, its children and women who are highly affected.
The coordinator Nyabaghole Foundation for development, he commented on hygiene and sanitation in families where he called upon the families to support their children during their health challenges as it affects their education.
According to the Prime Minister OBR he said as an institution they highly condemn all acts of violence against children in the district and he therefore called all institutions including the religious, cultural, government and NGO to work hand in hand in promoting children’s rights.
In his communication he said for any community challenges, youths should be at the center of addressing them as he said many youths have always been used by the political and other selfish people in order to achieve their selfish motives. He thanked Good Hope Foundation for organizing such event that brings the youth together in addressing violence against children. 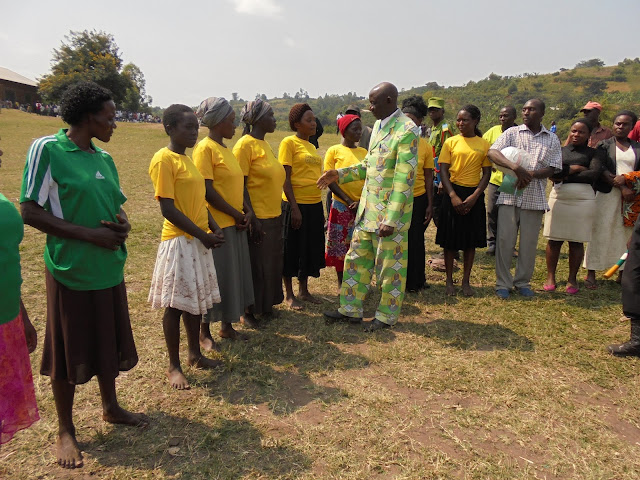